Brittney is thankful she found the MIC-KEY* tube because it has drastically improved her quality of life.

Diagnosed at Birth
Born on November 30, 1985, Brittney was diagnosed with a rare condition called Megacystis microcolon at birth, also known as Chronic Intestinal Pseudo-Obstruction. Megacystis microcolon is a congenital disorder that causes decreased muscle tone in the urinary tract and bowel. As a result food, fluid and air cannot be passed through the body normally. 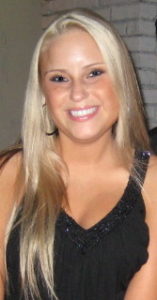 was only 16 hours old she had her first major exploratory surgery at Children’s Hospital Los Angeles. Her doctors found her intestines were malrotated, disproportionate and were unable to absorb nutrients. Brittney’s parents were told she would not live longer than three months and if she did, it was likely she would never be able to eat orally or empty her bowels on her own.

Brittney has been dependent on total parenteral nutrition (TPN) since birth to receive her nutrients. Amazingly, she is also able to eat orally, although she is unable to absorb nutrients from food which causes a backup of bile and gastric secretions into Brittney’s stomach. Therefore, when Brittney eats for pleasure, she uses a low-profile gastrostomy feeding tube to decompress the food in her stomach.

Finding the Right G-Tube
Although Brittney has been using a g-tube since birth, her doctors have struggled to find the feeding tube that works best for her. Brittney was placed on a Halyard g-tube at birth, but when she was four years-old, her physician decided to change to a different g-tube. Unfortunately, the maintenance of this g-tube was painful for Brittney and inconvenient because it could only be changed out by her physician.

When Brittney was 13 years-old, a nurse at the University of California, Los Angeles (UCLA) GI Clinic introduced her to the MIC-KEY* low-profile gastrostomy tube. After consulting with her physician, Dr. Marvin Ament, former Head of Pediatric GI at UCLA, Brittney and her parents ultimately decided to move forward with the MIC-KEY* tube. Brittney finds the MIC-KEY* tube much easier to use, painless to change, and the small port or “button” makes it virtually unnoticeable.

Brittney enjoys how simple it is to keep the MIC-KEY* tube clean and is glad she is able to change the tube herself, rather than having to go to the doctor’s office. Before bed every night, Brittney uses the MIC-KEY* tube to drain her stomach of the food she has eaten that day and then hooks up her TPN for nourishment. 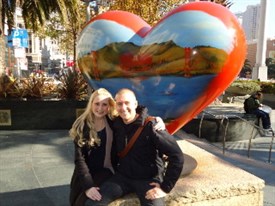 Brittany’s passion for food eventually led her to pursue a degree in Culinary Arts and Restaurant Management, where she mastered the art of Italian cooking at Oxnard Community College and graduated in May 2007. However, Brittney’s medical history ultimately drove her to pursue a different career as a registered nurse. She graduated in September 2010 from Simi Valley Adult School and Career Institute and is working to become an RN at Moorpark Community College.

“A nurse can make such a difference in the life of a patient at such a frightening and vulnerable time of their illness. I learned this firsthand when a nurse changed my life by recommending the MIC-KEY* (tube) more than 10 years ago,” says Brittney. “I believe my personal experiences and struggles will bring a genuine empathy to nursing.”