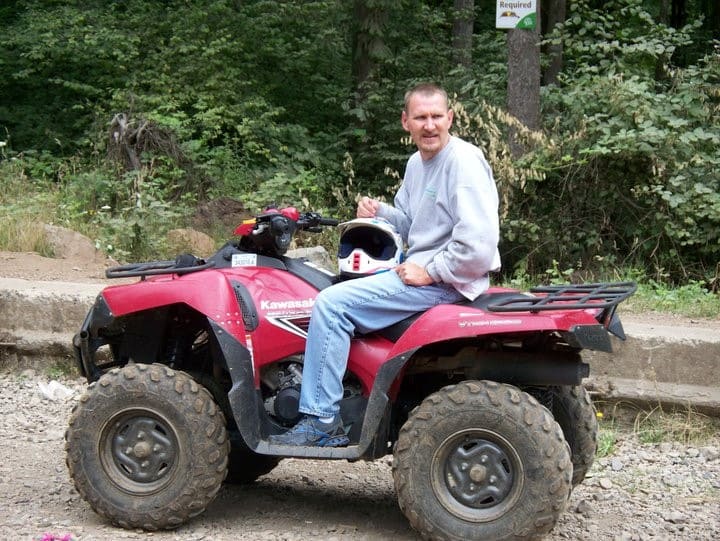 “I know many people feel overwhelmed when they are told they need a feeding tube, but they don’t have to be,” Brian said. “Most people that need feeding tubes have other health concerns. A feeding tube is something that can make their life better, the way my MIC-KEY* tube has for me.”

The Unimaginable Diagnosis
Brian Epp, a 44 year-old from Battle Ground, Washington, noticed he was having some speech and balance problems in October 2009. He didn’t think much of it at the time, but at the suggestion of friends, Brian made an appointment with his family physician, who then referred him to a neurologist. Six months later, Brian was diagnosed with amyotrophic lateral sclerosis (ALS). 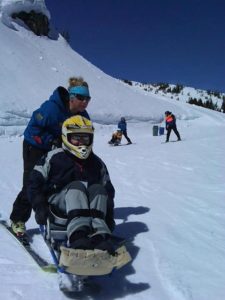 ALS is a progressive neurodegenerative disease that affects nerve cells in the brain and spinal cord, causing rapidly progressive muscle weakness and spasms, as well as difficulty speaking, swallowing, and breathing.

Brian had worked as a police officer, firefighter, and EMT, and most recently was in the construction and landscaping business for more than 25 years before his diagnosis. He also loved spending time outdoors with his three sons ages 10, 13 and 15 skiing, snowboarding and snowmobiling. Brian even rode and raced motorcycles!

Unfortunately, soon after his diagnosis, ALS began impacting Brian’s ability to speak and walk. His neurologist, Dr. Kimberly Goslin of the Providence ALS Center in Portland, Oregon, explained to Brian that as his ALS progressed and impacted his ability to swallow and eat, he would eventually need a feeding tube for nourishment. She also advised that if he waited until his condition worsened, the feeding tube placement surgery would be too risky due to the impact that ALS would have on Brian’s lungs.

The Decision
Determined to make the most out of life, Brian made the decision to be proactive and have a feeding tube placed before his disease progressed. His first feeding tube was a percutaneous endoscopic gastrostomy (PEG) tube, but it left a long tube sticking out of his stomach which was bulky and uncomfortable.

Not satisfied with the cumbersome PEG tube, Brian began searching for alternatives and discovered the MIC-KEY* Low-Profile Gastrostomy Feeding Tube. In 2012, after consulting with Dr. Goslin, Brian made the switch to MIC-KEY* tube. He likes that the tube is low profile, and can be easily concealed under his clothes.
“I’m not nearly as self-conscious as I was when I had a long hose hanging off my stomach,” he said.

Making the Most of Life
Though Brian doesn’t need his MIC-KEY* tube for daily nourishment right now, he does use it for essential nutrients and supplements. For instance, because he has a difficult time swallowing daily vitamin supplements, he blends the vitamins with liquid and uses a syringe to push them through the feeding tube.

Although Brian’s ALS has progressed and he is now confined to a wheelchair, he says the MIC-KEY* tube provides him with enough mobility to enjoy modified versions of the activities he loves whether it’s downhill skiing on a bobsled, riding on snowmobiles, or thrill rides at amusement parks with his sons.

“I know many people feel overwhelmed when they are told they need a feeding tube, but they don’t have to be,” Brian said. “Most people that need feeding tubes have other health concerns. A feeding tube is something that can make their life better, the way my MIC-KEY* tube has for me.”